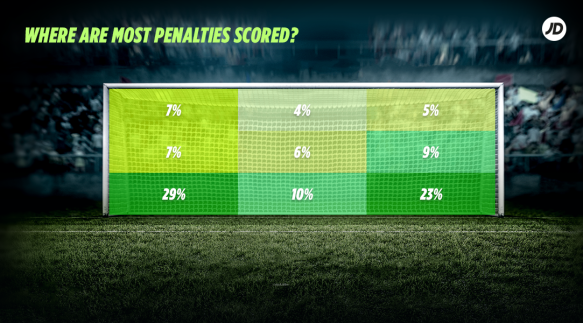 JD Football has created a study that looks at where players typically aim to score and which parts of the net have the most success rate based on the penalty habits of current World Cup players.

JD Football has used the data from 315 penalties to gather an average and also includes the direction that goalkeepers typically dive or go toward.

Amongst the key findings are: 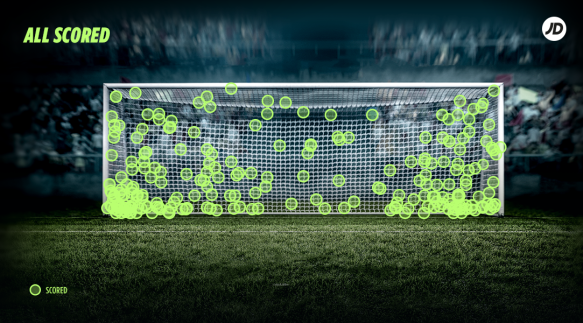