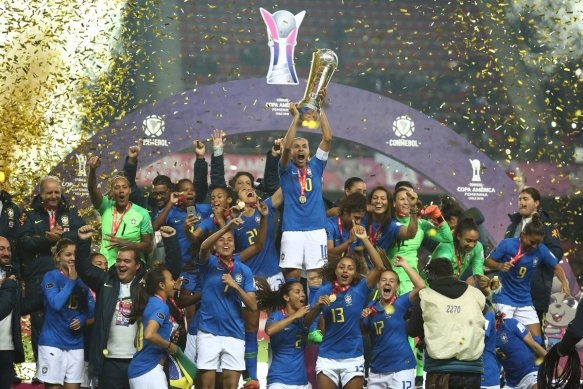 Brazil has won the Copa America Femenina and in the process has qualified for the FIFA Women’s World Cup in France in 2019 (for the 8th consecutive time) and the Women’s Olympic Football Tournament in Tokyo in 2020. Brazil played seven games in the Copa America , won seven, scoring 31 goals and conceding just two.

Chile has taken the second spot for the World Cup, but will have a play off with an African nation for a spot at the Toky Olympics.