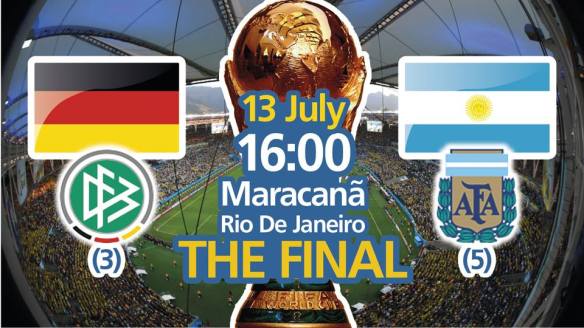 The World Cup final between Argentina and Germany is the 10th (of the 20 finals to date) that has featured a South American country and a European country. South American teams have won seven of the nine finals.

Of the seven World Cups held in the Americas, all have been won by South American teams.

In the 19 previous World Cup finals we have only seen eight champions and they were all playing in Brazil. As both Argentina and Germany are previous winners, that number will stay the same for 2018 in Russia.